On the Origins of the Gnostic Mass
by Tau Aleph

Do what thou wilt shall be the whole of the Law. 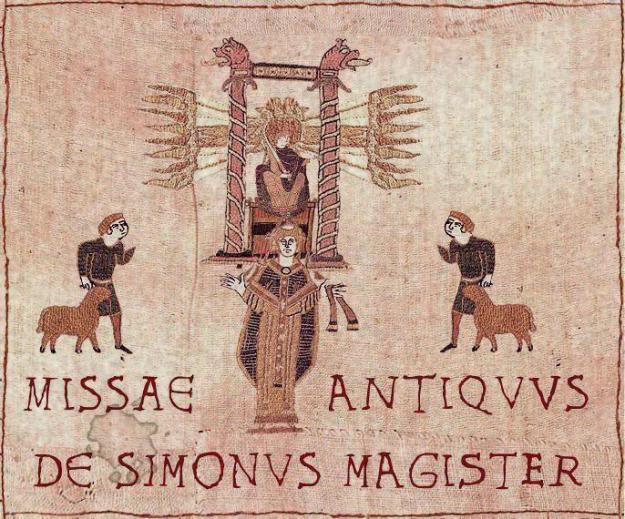 The ancient roots of the Gnostic Mass

The Fathers of the Christian Church traced what they considered Gnostic heresies back to Simon Magus in Samaria. While the time and location indicate that the roots of Gnosticism may be to a great extent Judaic, it is important to remember the history of Samaria. Centuries earlier, Samaria had been conquered by Assyria, and natives of Assyria and Babylonia had been resettled there by Sargon II. At the time of Simon Magus, the Samaritans shunned the Temple in Jerusalem and worshipped on their own holy mountain. They rejected most of the Hebrew Bible, accepting only the Books of Moses. Josephus relates that they were also known to worship Persian gods, and in fact the title of Magus is derived from the Persian religion of Zoroaster.

The church fathers believed that Gnosticism was a corruption of Christian teaching. However, Gnosticism predates Christianity and thus cannot be simply an obscure offshoot of Christianity. In actuality, Christianity itself is a religion rooted in and vaguely based on Gnosticism. Gnosticism seems to have grown up concurrently with Christianity in a similar environment (but from different roots) with the two having some interactions in the first century before Christianity developed into a separate religion. While the history of the development of Gnosticism after Simon Magus is a fascinating topic, in this essay we are concerned only with the Simonian Gnosticism of Simon Magus.

Simon lived and taught during the reign of Claudius Caesar (37-68 C.E.). He had many followers among the Samaritans, many of whom revered him greatly as their prophet and teacher. He claimed to be an incarnation of the “Great Power” sent to free the sparks of light from ignorance by demonstrating to them their divine heritage.

The story of Simon and Helen (said to have been a prostitute of Tyre) was not only a real relationship, but also describes the Simonian myth of the descent of the feminine soul into the world where it is seduced, prostituted, and taken captive by the worldly powers. She is then redeemed by her heavenly consort who reminds her of her celestial origin. This myth is cognate with the Qabalistic symbology of the Son redeeming the Daughter and setting her on the throne of the Mother. This story of Simon and Helen influenced treatises in the Nag Hammadi collection and the Sophia literature of the Gnostics, particularly in the references to Sophia as Prunikos (whore).

Simonian Gnosticism illustrates the central role of sexual ritual as a means to Gnosis. The separation and reunion of the male and female elements underlies the legend of Simon and his consort Helen. The Apophasis Megale suggests that it took the form of a Mass:

According to Simon, then, that blessed and incorruptible being lies hidden in every being potentially (dunamei), not actually (energeia); that is he who stands, took his stand, and will stand (ho hestôs, stas, stêsomenos): who stands on high in the unbegotten power, who took his stand below in the chaos of waters when he was begotten in an image (eikôn), who will stand on high with the blessed infinite power if he be fully formed (exeikonisthêi). For, he says, there are three that stand, the [un]originate being, who (they say) hovers over the waters, is not set in order, the perfect heavenly being who is recreated according to the likeness, who becomes in no respect inferior to the unoriginate power. This is the meaning of their saying, ‘I and thou are one, thou art before me, and I am after thee.’ This, he says, is one power, divided as being above (as infinite) and below (as logos?), self-generating, … its own mother, its own father, its own sister, its own consort, its own daughter, its own son, … unity, the root of all things.

This suggests a rite with a Priest standing before an Altar on which is the ‘perfect heavenly being’ or Priestess. In fact, Hippolytus (Refutatio VI, 19.5) says the Simonians called a rite of apparent sexual promiscuity, in imitation of Simon and Helen, “the holy of holies.” Here the ancient historical story ends, as many of the works of Simon Magus were destroyed as heretical by the Christians, including the details of his Gnostic Mass.

The modern reconstruction of the Gnostic Mass

In 1913, Aleister Crowley, in the process of his Great Work to restore the reputation and knowledge of Magick in the world, created a reconstruction of the ancient Simonian Gnostic Mass while visiting Moscow. According to W.B. Crow, he wrote it “under the influence of the Liturgy of St. Basil of the Russian Church.” Titled Liber XV, the Gnostic Mass, Crowley writes of it in Chapter 73 of his Confessions:

Human nature demands (in the case of most people) the satisfaction of the religious instinct, and, to very many, this may best be done by ceremonial means. I wished therefore to construct a ritual through which people might enter into ecstasy as they have always done under the influence of appropriate ritual… I resolved that my Ritual should celebrate the sublimity of the operation of universal forces without introducing disputable metaphysical theories. I would neither make nor imply any statement about nature which would not be endorsed by the most materialistic man of science. On the surface this may sound difficult; but in practice I found it perfectly simple to combine the most rigidly rational conceptions of phenomena with the most exalted and enthusiastic celebration of their sublimity.

The resulting Gnostic Mass was first published in March of 1918 in The International, under the title Ecclesiæ Gnosticæ Catholicæ Canon Missæ; Edited from the Ancient Documents in Assyrian and Greek by the Master Therion. The reference to Assyrian in the subtitle is a reminder that Crowley was well aware of the Samaritan origins of the Mass. Crowley, through his profound insight into the nature of magick, had uncovered the hidden Gnostic tradition within the ceremony of the Liturgy of St. Basil, liberated it from the Christian theology which had overlaid it for centuries, and demonstrated the fundamental continuity of Simonian Gnosticism with his own liberating philosophy known as Thelema.

An original source document of Thelema, The Book of the Law, received by Crowley in 1904, instructed him to act as Priest in consort with a Priestess termed the Scarlet Woman who was to stand ‘bare and rejoicing in my secret temple.’ That Crowley, a well educated man, recognized the description as the ancient myth of Simon and Helen in a new form should be no surprise, but his reconstruction of the Gnostic Mass based on the cryptic hints and suggestions of the Book of the Law was a manifestation of his true genius.